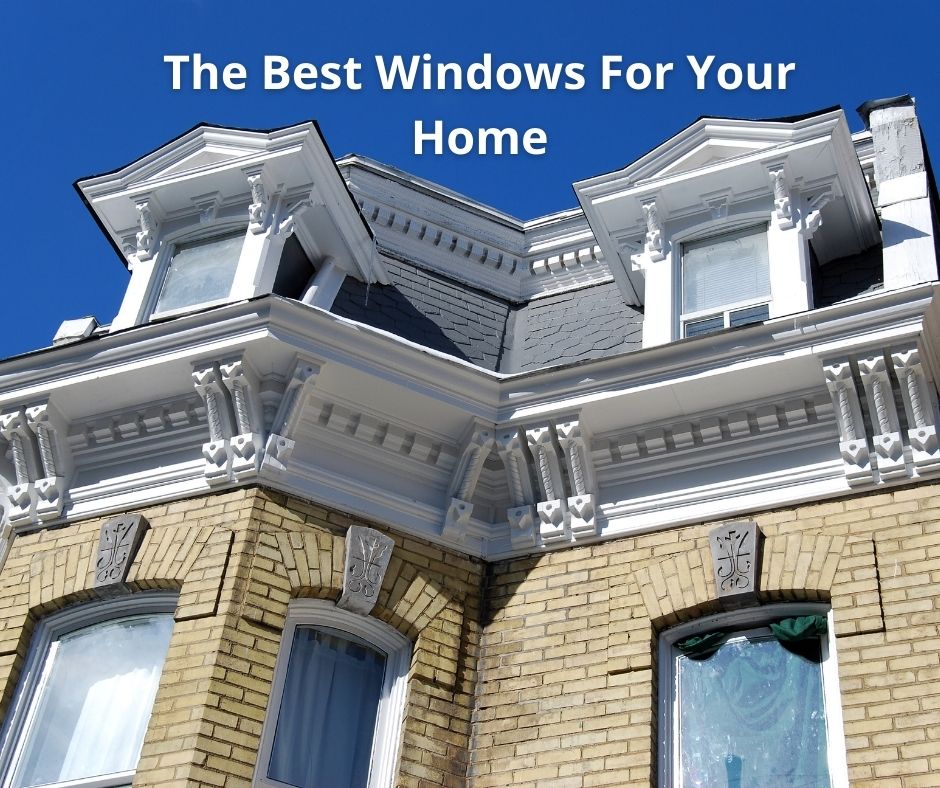 Choosing Windows That Match Your Home

There are a variety of window types on the market, but they weren’t all created at the same time. They evolved over many years, just like different house styles. As a result, certain window kinds are historically more prevalent in specific house types as their forms and functions complement each other. To emphasize this point, there are no rules when it comes to window style, but there are recommended suitability. Take a look at the different types of windows and see which pair best with your home:

The term “Colonial Revival” refers to a style of architecture that was inspired by Anglo-Indian architects.

The Victorians were known for their extravagance. They are frequently larger than other home types and include dramatic angles and ornate features like scrollwork, dentil trim, porticos, and turrets. As a result, they call for windows that are equally dramatic and gorgeous. Victorian houses have bay and bow windows, which reflect the grandeur and indulgence of English Renaissance architecture. Why settle for one window when you may use many? Of course, these designs aren’t entirely for show; they have a purpose as well. Because electricity was not yet available in Victorian homes, larger, more open windows were beneficial in allowing more natural light in.

The ranch-style has its roots in the 1920s, although it didn’t become popular until after WWII. They were less ornate than Victorians, but they were still charming and comfortable. Ranch houses are often only one storey tall, which explains why the windows they have tend to be wider than they are tall in order to maximize wall area. Slider and picture windows, as well as casement windows, are all excellent options for this sort of home since they provide a lot of function while yet remaining small in appearance.

If you’re unfamiliar with mid-century modern design, think of the TV series Mad Men—homes with open floor designs, clean lines, and a minimal aesthetic. While the colours were vibrant (orange shag rugs and lime green paisley wallpaper), the architecture was much more understated. The simplicity of mid-century modern architecture was intentional in order to combat the overly ornate styles seen in Victorian construction. The style was simple, modest, and basic in response to the mid-century modern movement’s emphasis on simplicity. As a result, picture windows, casement windows, and sliding glass were popular elements in mid-century modern houses because of their sleek low-profile frames and huge transparent viewing area that was free of sash rails, muntins, and other ornamental elements.

Choosing the Right Window Materials for Your Home

There are a number of variables to consider while selecting windows with a specific frame material, such as cost, performance, and aesthetics. It’s often simpler to select a window material based on which one of these aspects is most important to you. Vinyl windows, for example, are typically less expensive than wood or aluminum frames. Vinyl windows are also available in an abundance of colours, shapes, and styles. Vinyl is a more cost-effective option due to its availability and the fact that it may be formed into various forms more simply. Vinyl windows are not only attractive but also low-maintenance and naturally insulating, which has made them a popular option.

Fiberglass windows are more expensive than vinyl ones, but they have certain advantages that make them appealing to homeowners. Because fiberglass is frequently claimed to be the most durable and long-lasting window material available, the extra out-of-pocket cost may be worth it in the end. Fiberglass windows are not only light, but also extremely strong and will not bow or distort when exposed to excessive heat. Fiberglass windows, unlike vinyl ones, do not need to be painted over and over again in order to maintain their strength.

Natural wood windows are more costly to install and need more effort, such as scraping, sanding, and painting or staining. Natural wood windows, on the other hand, require little to no upkeep. DIY enthusiasts may not mind doing some labor now and again if they like working with their hands. Many homeowners are ready to pay a premium for genuine wood windows because they believe there’s something distinct about the warmth and richness of natural wood that can’t be replicated.

Wood windows are popular among homeowners because they want to preserve the historic look of their homes. In fact, some historical groups demand that windows and doors be “of the period” when a building was constructed in order for it to be listed on their registry. So, if you’re concerned about preserving the historical accuracy of your property or if it’s a condition of your local historical society, wood windows are your best bet.

The most popular colors for both sneakers and jellybeans are blue, purple, red, orange, pink, green-yellow, white, light grey (navy), dark grey (leather), mint taupe/beige tones. When it comes to picking hues for your house, however, neutral is usually the way to go. Vinyl windows are generally available in white or off-white and this is an excellent choice because it works with almost anything. The default color of fiberglass windows is frequently black or very dark brown or grey; like white and therefore universal enough to match any style of home or décor. Fiberglass windows, on the other hand, maybe painted, allowing for a great deal more personalization. For example, you might paint your fiberglass windows a rich hunter green to tie in with your home’s rustic style, while leaving the window frames unpainted to create distinct decorative themes inside each room.

Most people don’t want heavy pigmented and contrasting colours for their interior.

A woodgrain finish, for example, can provide warmth and richness to a home with a traditional style. Those attempting to keep their windows historically accurate may choose wooden windows, as they are more likely to be appropriate. However, a very authentic-looking woodgrain-style veneer on vinyl or fiberglass windows may be enough to get the old-time look while also meeting your local historical society’s standards. There are a number of different colours for woodgrains, ranging from dark, chocolate-coloured woods like walnut and rosewood to honey-colored woods such as teak and maple, with reddish undertones such as cedar and mahogany. The richer tones—such as the dark browns and reds—are more popular in Victorian and Colonial homes, whereas mid-century modern and contemporary houses favour the blonde and honey woods.

Decorative features such as grilles, ornate hardware, and designer glass may provide a distinctive flavour to your home’s appearance. However, the more “different” something is, the fewer people it will appeal to. To that end, if you plan on selling your property anytime soon, you should avoid having fleur-de-lis etched into every glass panel until you’re in your forever house. Grilles can give your windows a touch of elegance, but they’re not as popular as they used to be, so they’re generally best utilized in Colonial Revival, Georgian, and Tudor homes. Diamond-shaped grilles are common among Tudors, which provide a “cottage-style” look.

Grilles aren’t generally seen on Victorian houses, although they are occasionally used. Because grilles have a symmetrical, grid-like form that clashes with the sharp angles and rounded turrets of Victorians, one theory is that they clash with the design. Windows in Victorian houses frequently feature elaborate hardware, large transoms, and colourful stained glass—again, Victorian architecture was all about being dramatic and ornate.

We hope that you found this overview of home types, window styles, and customization possibilities useful in your search for new windows for your residence. However, if you have questions or if your house does not clearly fall into any of the aforementioned home styles, we recommend contacting a professional window firm such as Knight Doors & Windows for further assistance. Knight Doors & Windows provides a huge range of high-performing replacement windows that may be extensively modified to match a variety of homes. Knight authorized dealers to have an extensive understanding of the characteristics that make these windows so unique and the numerous advantages they will provide you.